During the first two quarters of the game, both Red Eagles and Bulldogs were on to a neck to neck battle. The crowd can feel the intensity of the play each team give when in possession of the ball. Ivan Dacera dropped 9 points while Von Silacan and Gab Gascon both clinched 8 points each to help carry the bulldogs close to the soaring Red Eagles. But the determined Red Eagles showed their playing prowess. Aljay Alloso, who was side-lined last year due to muscle injury, played 13 Points and backed with Samonte’s 9 points. As the second quarter clock drew its last minute, Red Eagles still leads but the Bulldogs were tailing them not far from behind, 58-47.

On the Second half of the game, the Bulldogs defence and play begun to collapse. This provided an opportunity to the Red Eagles motivated to leave them to dust. Despite’s Arminn Motecalvo’s 15 point parade on the third quarter, the bulldogs are still overpowered by the Alloso-Samonte tandem who scored 16 points and 11 points respectively. Aljay Alloso embraced his comeback championship game by scorching additional 13 more points before the end of the fourth quarter.

Aljay Alloso finished the game with 42 points in his sleeves getting the Most Outstanding Player title for the season. Marvin Samonte also chipped in 22 points. Holy Child won the championship game, 109-84. 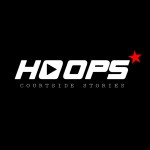